What's on your mind?

What's the best tower in the entire KR series?

(Explain why, unless it's Tesla )

Right now,i am about to start beat vegeance with four worst free tower. Can you guys make suggestions to which four tower are worst?

The last time we saw Tear of Elynie was at the end of Kingdom rush Frontiers. We did not know whose hand was in the picture or why the creature spoke such a strange language. But now we may finally know the truth. Here is a new theory. 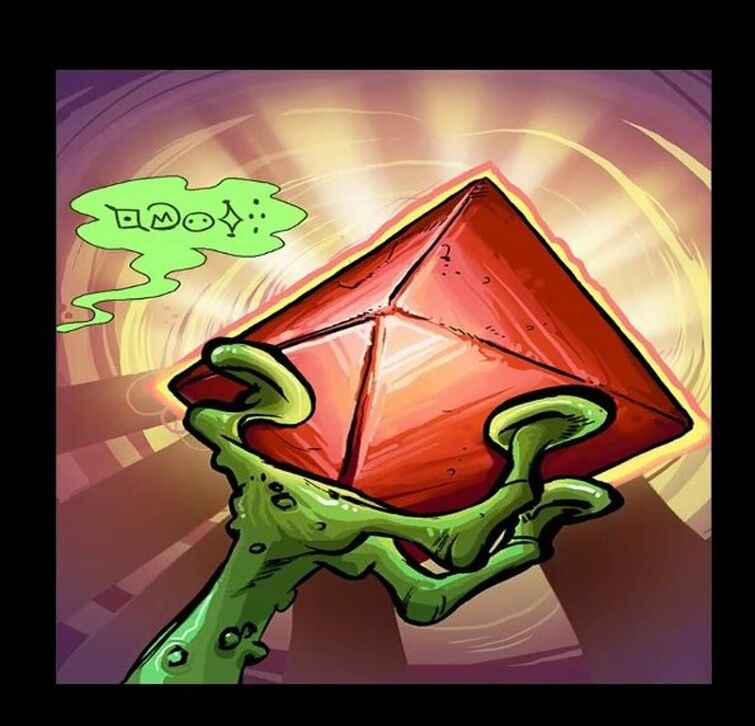 We've all figured out that this is someone from the Unblinded cult. But could it be Seeress Iriza herself? We can see that in all her 3 forms she has a red glowing crystal in her chest, and after she is defeated the crystal is no longer visible. So I think, that the little and weak creature is the real Iriza, and she got all her power from the Tear of Elynie. 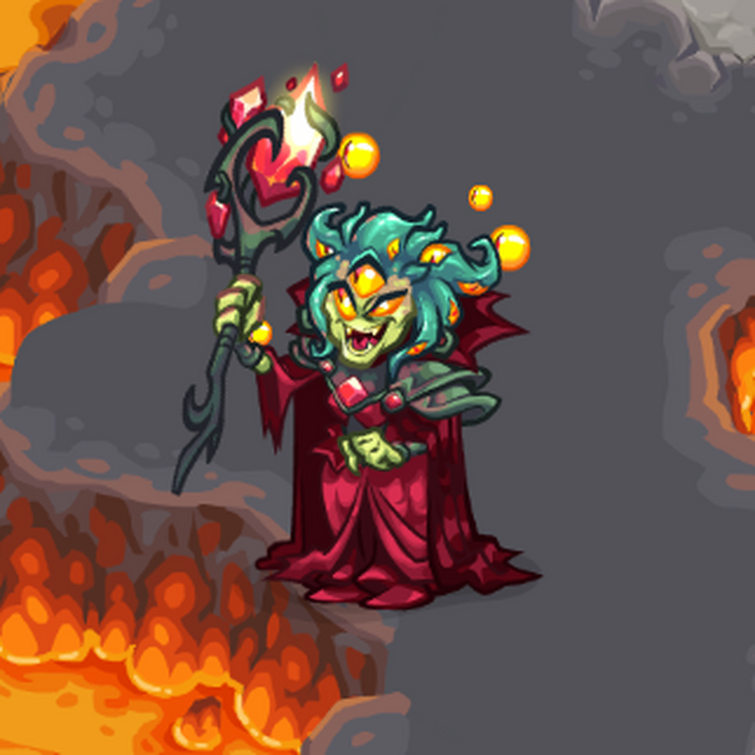 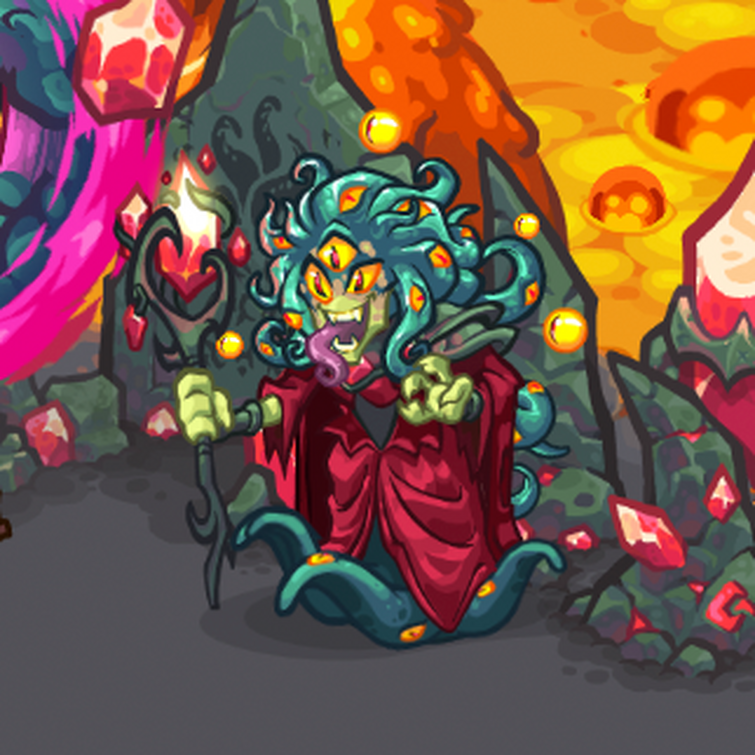 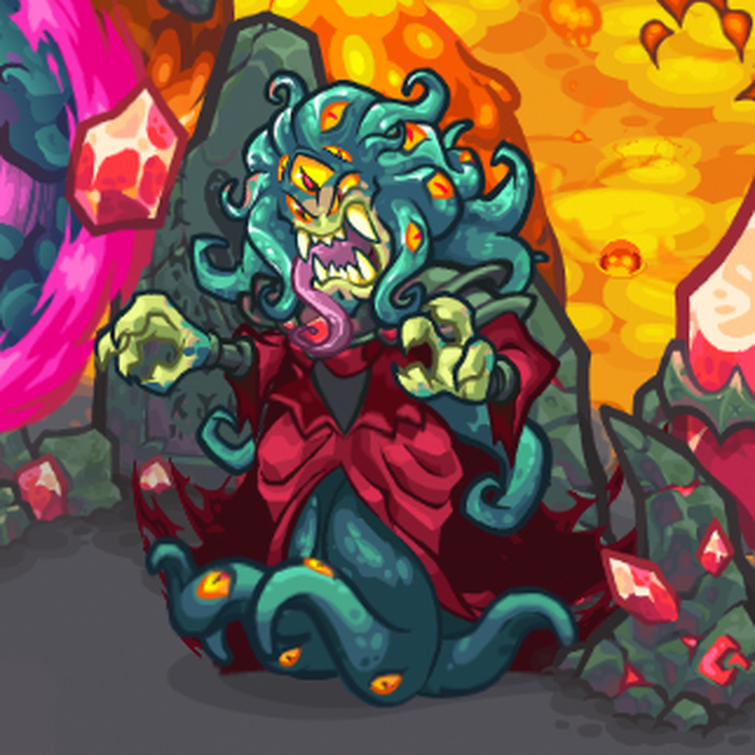 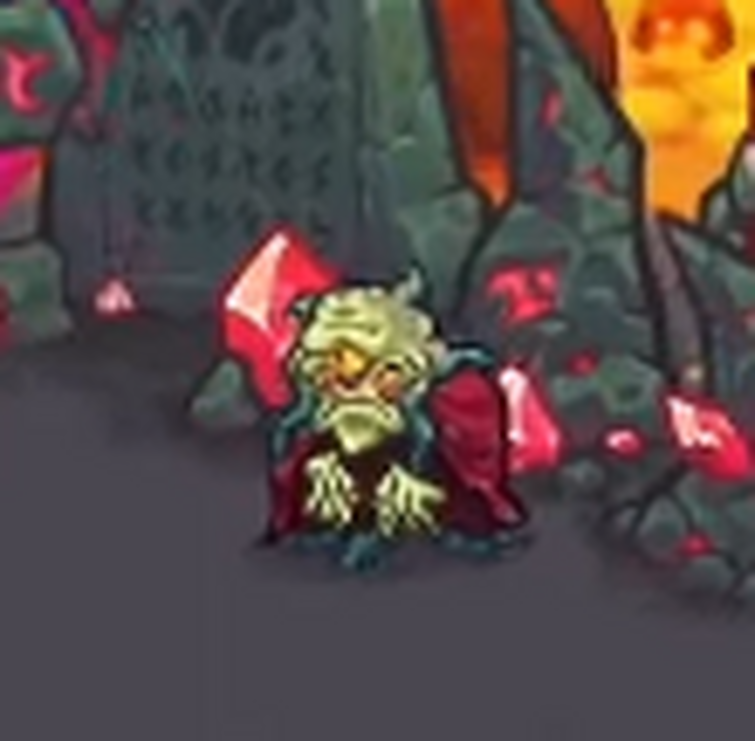 But now we have created a few questions. If I'm right about this theory, was the crystal destroyed along with Iriza? If it wasn't, where is it? And if I'm wrong, who has the crystal, and where is it now?

Let me know what you think in the comments.

So... I started playing KR at about the time that Origins first came out, but only began to pay attention to the series and especially the lore only recently. And I have a few questions on my mind about the timeline.

In the first game, one of the first levels had a description that said something like "...which means Hammerhold must have fallen." I didn't think much about it then, but now I just read the story that was supposed to explain where Hammerhold's protectors were when it fell. (Btw I don't feel that it has explained anything) . That got me wondering. It looked like Hammerhold had received some false messages because I don't remember Linirea being taken. What's more, by the time the "general" reached Linirea in the first game, Hammerhold had already fallen. So...what's going on? Did I miss something? Dis Vez'nan spread this rumor to trick Hammerhold's garrison away? I'm confused.

Edit: Hmmm. I think I have been too hasty. that piece of lore was put there in 2019, which should mean that it was Vez'nan's second coming that they were talking about rather than the first? If so I guess it explains things, though I still don't know where were Hammerhold's protectors when it fell.

(edited by Pulacks the ugliest)

Where can i read the entire KR comic strip across ar KR games? 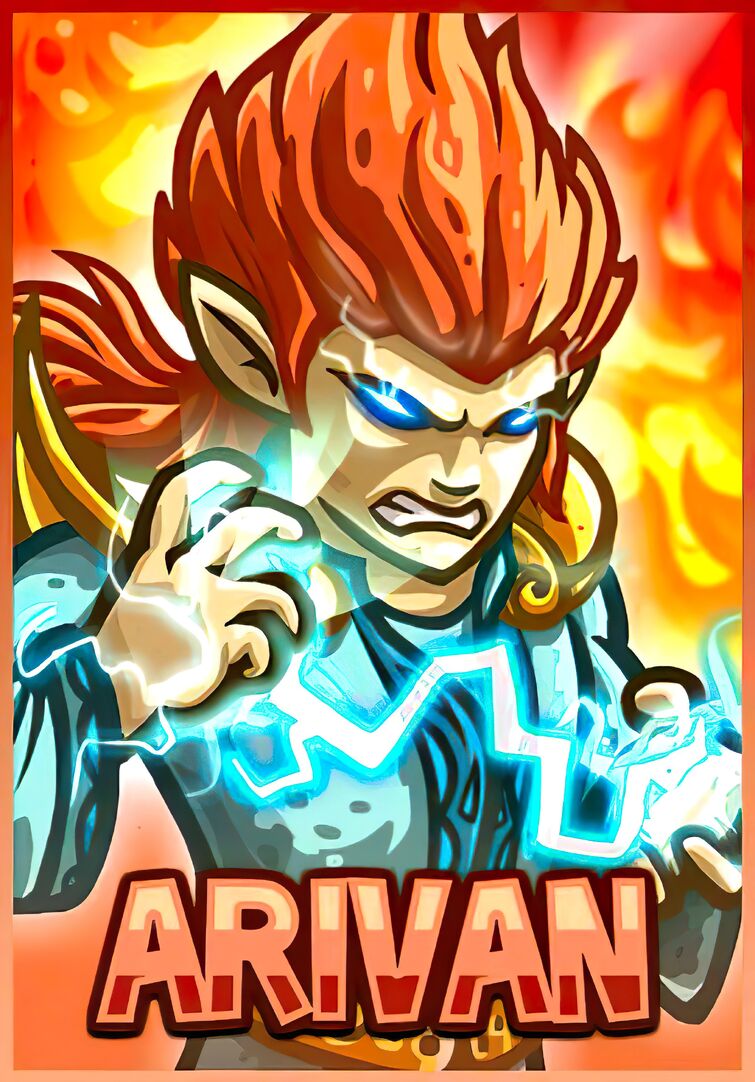 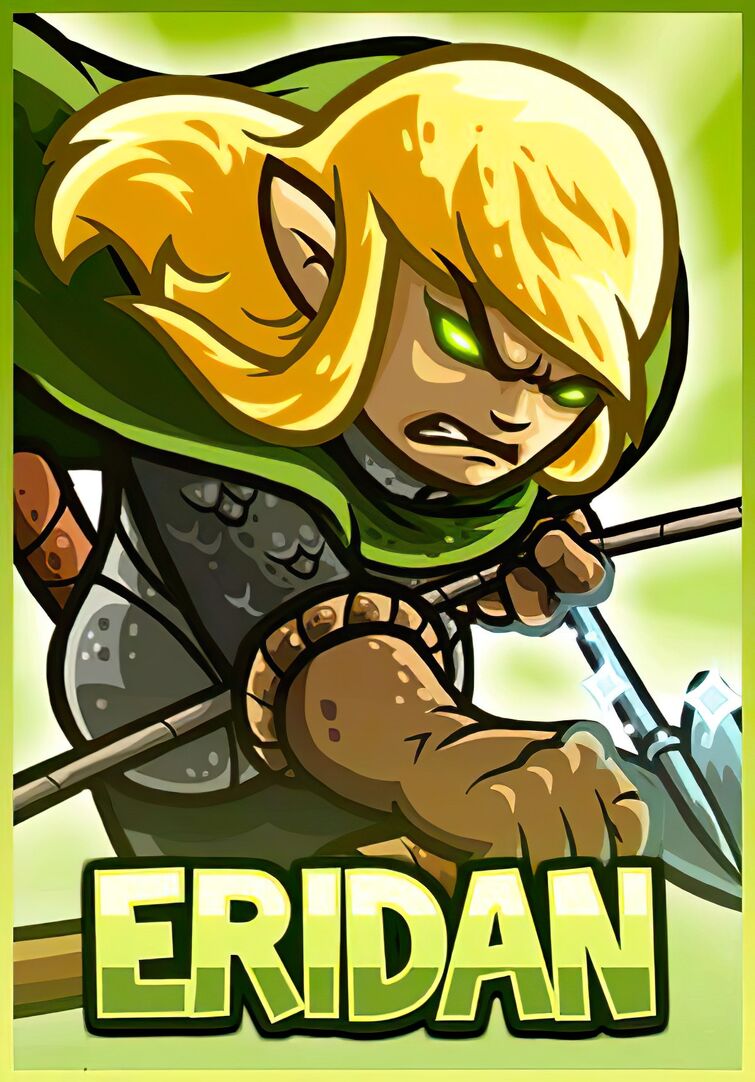 KRV players may recall that many months ago, an aesthetic was added towards the bottom of the overworld map consisting of Chinese-looking architecture and fauna. Around that time, I scoured Facebook and found leaks of a potential update with Chinese elements including new levels, enemies, a new tower, and a new hero. Nothing more was said about it until about a week ago.

Now we know there will be a global update next month on the 9th and pretty much everything I just described is confirmed. I guess I'll be downloading the app again to see how it goes since Steam always gets everything last.

I'm trying find the EHP for some enemies.

Kingdom Rush: Origins
Its a fun game
Its good but could be better
Not very good
Sucks
Kingdom rush has a board game?
Not sure

I beated the boss of the desert environment so quickly,that he didn't even get to summon his Lesser Effretis

(As you can see,the Lesser Effreti didn't pop up in the encyclopedia because of the fact that Nazeru didn't summon them at all)

So,i have been trying to do a infamous challenge of trying to beat kingdom rush frontiers on a brand new save file,on veteran,NLL and trying to beat a stage in one go,and i can't seem to get through the last wave in Sandhawk Hamlet just because of the swarms of Desert Thugs,Dune Raiders and Sand Hounds all together,and,i haven't seen anyone else try to do this challenge on YouTube,so to ask the question again,is it possible to beat Sandhawk Hamlet with only one of each tower type given the following conditions?

If you don’t know what an achievement race is, it’s trying to get more achievements than the opponent within a set amount of time. For us, the time limit was 15 minutes. That was stricter than we expected. You’ll see what I mean.

In Kingdom Rush, I won the race by 2 achievements. One of these was changing rally points 200 times. Lol. Anyways, my dad was surprised to find that he missed What’s That when it’s literally one of the easiest achievements. However, my dad did end up with Twin Rivers Angler, which I missed because I only got to stage 3.

In Frontiers, I won again, but this time by only 1 achievement. Somehow we both managed to make the frog dance on accident. I triggered an organic impulse, too, and we just did a lot of things and stuff. He didn’t miss What’s That this time.

In Origins, it was actually a tie. Both of us got 2 achievements. Origins has much less early game achievements so I had to resort to scaring rabbits while my dad somehow electrocuted 10 gnolls at once. Both of us 3-starred level 1. 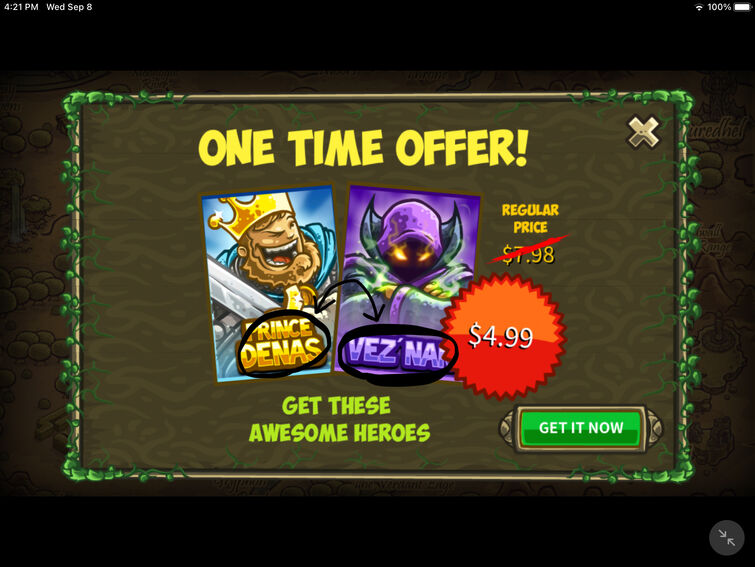 We started, but he got a headstart of a few seconds because I reacted slowly to the race starting. I got the achievement for calling a wave really fast and pretty much all the early wave calling achievements in level 1. I also forgot not to tap the enemy popups, though.

I finished stage 1 first with my dad following soon after. We also got through stage 2, 3, 4, and 5, but he lost on what I think was stage 5. At one point, I also got a few upgrades really fast while trying not to waste any time doing so, hoping that the upgrades would make me faster and make up for the lost time. Also, by the time we reached stage 5, I remembered not to tap the new enemy popups, so more and more enemy popups kept appearing below the previous one, and eventually the marauder popup appeared on top of the rain of fire button, which I thought was pretty funny. I did accidentally tap on it when attempting to use the RoF, though.

By now I was winning, but not by that much. However, I was about to get a huge lead in The Citadel. I managed to beat it first try, but my dad, well, he lost. I continued into the snow levels and lost to one of them (RIP) but then I beat it on my second try and moved onto the stage with J.T., which also took me 2 tries. I beat the wastes first try, though.

Meanwhile, my dad kept losing to the citadel, but after I beat The Wastes, he managed to beat it. However, he was only on one of the first snow stages when I was already on The Dark Tower, which I lost on after calling too many waves too early. Second try and I beat Vez'nan and won the race. Yeah, that must have been pretty embarrassing for my dad since he got stuck on a level while attempting to beat the game as fast as possible.