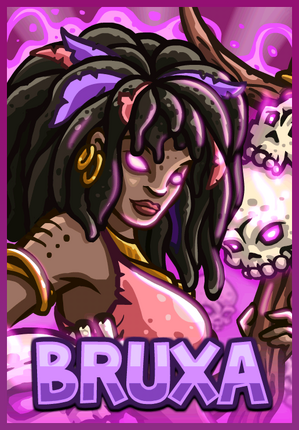 Bruxa the Voodoo Witch is a hero in Kingdom Rush: Frontiers. She is unlocked by reaching Lost Jungle, starts at level 6 and is not available on Flash.

Dark secrets and dark powers are the realm of the mysterious witch of the jungle. Many fools have underestimated her as a simple hermit of the swamp, paying no heed to her warnings or threats… to only live long enough to regret it.

Increases the maximum number of active skulls to 3/4/5.

Bruxa heals at 44 health per second at level 10.
Her basic ranged attack rate is 1.5s. 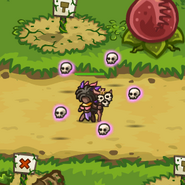 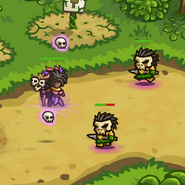 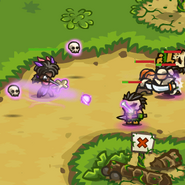 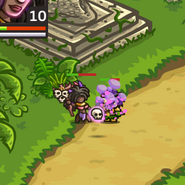 Bruxa in action
Add a photo to this gallery
View All Heroes
Retrieved from "https://kingdomrushtd.fandom.com/wiki/Bruxa?oldid=52967"
Community content is available under CC-BY-SA unless otherwise noted.