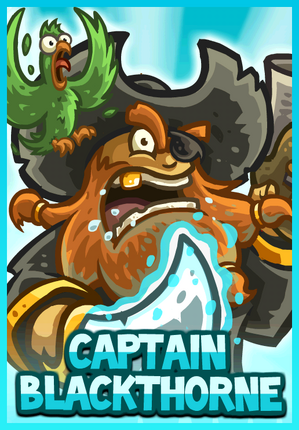 Captain Blackthorne the Corsair is a hero in Kingdom Rush: Frontiers, unlocked by paying $0.99. He is unlocked at stage 5 on the steam version.

Ahoy, me hearties! Move your sea legs to the deck and prepare everything to welcome Captain Blackthorne, the most fearsome man in the whoknowshowmany seas! He will board your ship, he will take your grog, and he will definitely plunder your booty! 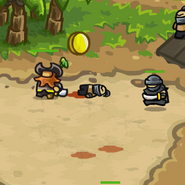 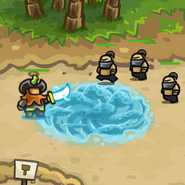 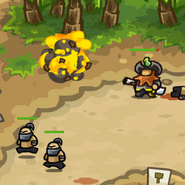 Cpt. Blackthorne in action
Add a photo to this gallery

View All Heroes
Retrieved from "https://kingdomrushtd.fandom.com/wiki/Captain_Blackthorne?oldid=52969"
Community content is available under CC-BY-SA unless otherwise noted.