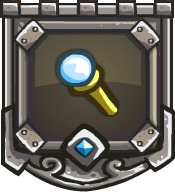 Magic Towers or Mages are one of the four main tower types in Kingdom Rush, representing the more elusive side of Linirea's forces. They fire magic bolts that tear through armored enemies with ruthless efficiency. In-game; the terms mage, mage tower and wizard are often used to designate all magic towers.

There are five Mage Towers in the first three Kingdom Rush games:

The three non-specialized towers differ in each game but have the same purpose. Each upgrades a stage further before offering a split choice between two new towers with additional upgrades to further boost their offensive and defensive capabilities.

Arcane Wizard trades a bit of firing speed for the highest maximum damage of any Kingdom Rush tower. It specializes in dealing with single, durable enemies. However because of this it is even weaker against hordes of enemies than other mages. The first skill unlocked by this tower is Death Ray, a guaranteed instakill that turns an enemy into fine dust, although for a significant cost and a moderately long cooldown. The other skill, Teleport, slightly makes up for the Arcane Wizard's lack of crowd control. Every ten seconds, it can teleport a few enemies back down the path. Compared to the other specialized mage tower, the Sorcerer Mage, the Arcane Wizard offers superior damage but worse crowd control.

Sorcerer Mage focuses more on support than dealing damage directly, having similar damage per shot to the Wizard Tower. However, it has a unique ability - cursing attack. The curse deals true damage over time and halves enemy armor. This makes the sorcerer better at crowd control (dealing damage to multiple targets at once) and stronger against magic resistant enemies than other mages, due to the curse's true damage. The first skill unlocked by this tower is Polymorph, a spell that turns an enemy into a sheep, halving its health and removing it's damage and abilities. Sheep cannot be blocked, however polymorphed enemies can be clicked/tapped to death. The second skill, Earth Elemental, summons a durable golem-like creature to block and fight enemies, dealing physical area damage.

Below is information on every tower.

Mystic, Arcanist , Eldricht Dais: Are the basic magic tower en KIngdom Rush: Origins, compared to previous games they deal more damage than the other mages, but unlike the other towers, this one didn't get more range or less cost, which makes them worse compared to other basic mages

Wild Magus: unlike other mages, the wild magus, he attacks pretty fast having excellent DPS, and even better, with each conscutive hit on a target, his damage increases, he can easily destroy hordes of non-magic resist enemies with Eldrich Doom, and with Ward Of Disruption:

High Elven Mage: This tower throws not one, but 3 magic bolts at enemies, one with low damage (shown in the table) and two others with only 5-10, but they will help damage weak enemies that accompany the main target. Habilities

Magic towers are generally strong against slow and/or heavily armored creatures such as:

Enemies with magic resistance, enemies travelling in groups and fast creatures should be dealt with by other towers, as magic towers do not have the fire speed or power to deal with these mobs, including: