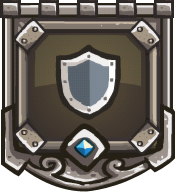 Melee Towers, also known as Barracks Towers, are one of the four main tower types in the Kingdom Rush series. Instead of firing projectiles, most Melee Towers send three soldiers out onto the path to attack enemies. Melee Towers have a unique strategic role compared to other towers.

Some characteristics shared by all Melee towers are:

Soldiers don't do much damage, but instead serve to block enemies and allow other towers to deal out the real punishment. Thus, it is very important to choose the right position for the soldiers, where they will be able to properly coordinate. If a soldier is killed, he will re-spawn within a certain period of time. You can deploy your troops at a point of your choosing within a radius of their barracks by using a rally point. This point can be set by selecting the blue flag from the melee tower menu.

There are five Melee Towers in the first three Kingdom Rush games:

The three non-specialized towers differ in each game but have the same purpose. Each upgrades a stage further before offering a split choice between two new towers with additional upgrades to further boost their offensive and defensive capabilities.

The Holy Order trains the mighty Paladins, which focus on survival and defense. Paladins have the highest armor of all allied troops and a set of skills which greatly increase their durability. These skills include Healing Light, which restores the HP of the Paladin, and Shield of Valor, which raises Paladin armor even further. But the pious warriors can also smite using their last ability, Holy Strike, dealing area damage. Unfortunately, Paladins are slower to re-spawn than most other melee units, at 14 seconds versus 10 seconds for other soldiers.

The Barbarian Mead Hall, or simply Barbarian Hall, trains savage Barbarians. Remarkably, Barbarians carry not even the little armor of level two and three troops. Since the best defense is a good offence, Barbarians focus on dealing massive damage to enemies. Barbarians can learn to wield More Axes, increasing their damage output. The Throwing Axes upgrade enables them to both attack from a distance and harm flying enemies. The Whirlwind Attack enables Barbarians to deal extra damage to adjacent foes. In the original Flash version, Hunting Nets further boost the anti-flying enemy capability by enabling Barbarians to slow down fliers.

The Assassin's Guild trains illustrious assassins. Permanently cloaked, these warriors rely on the element of surprise in order to inflict damage on their enemies. With no armor and the lowest amount of hit points of all level four melee towers, assassins do not attempt to fight blow-for-blow, but instead can counter attacks, avoiding damaging blows in the process. Conversely, assassins can be trained to make a sneak attack from the shadows, possibly killing even the mightiest foe in a single blow. Pickpocketing can also help to yield a bit of gold in the process of backstabbing your enemies.

The Knights Templar train the tough Templars. These soldiers are the toughest, most seasoned warriors of Linirea, relying on a massive health pool to soak up damage rather than heavy armor or magic. Templars can be trained to be even tougher, further increasing their hit points. Offensively, they can use their slow but heavy-hitting claymores to make an arterial strike, letting the enemy bleed to death. Lastly, the discovery of the Holy Grail gives a fallen Templar the chance of instantaneous revival, letting them defend their homeland for another day.

The Bladesinger Hall trains agile Bladesingers, warriors having mastered the art of sword fighting. Their superior expertise with blades can be further reinforced, increasing both their attack speed and damage output. More, their survival in the fray is improved by their ability to parry even the heaviest of blows, while dealing True Damage to the attackers. And in order to finish off enemies, each Bladesinger can unleash a barrage of up to 4 slashes on multiple enemies, dealing great damage to them.

The Forest Keepers trains dutiful Forest Keepers, centaurs wielding deadly spears and magic of nature to heal allies and disable foes. While there can only be a maximum of two active Forest Keepers per tower, they made up for the unique ability to heal other allies and themselves, while calling barbed vines to slow down ground foes and bombard them with their enhanced spears, dealing immense True Damage. They lack any kind of armor, but possess a good amount of hit points. Combined with their healing skill, Forest Keepers make for great supporters for other soldiers.

Soldiers all deal physical damage by default, but few of them can dish out real amounts of damage. From this perspective, only enemies with magical armor or no armor at all can be dealt with by the soldiers effectively. However, as both Ranged Towers and Artillery Towers both do way more physical damage than most soldiers, the offensive role of all melee towers can be considered negligible.

The real job of the melee tower is to slow down and block the forces of evil, leaving the other towers with an increased fire window. A barracks tower is particularly effective against fast enemies with low health or monsters who rely on numbers to pack a punch. These monsters include:

While most soldiers deal little damage to enemies, the following advanced units can cause decent injuries with certain skills of them upgraded. Still inferior to many towers in terms of offense, they should only be used as a secondary source of damage against foes.

Regarding the defensive role of the Melee tower, a few enemies are designed to kill off your troops quickly while receiving little to no damage themselves if the player is not paying attention. These monsters include ranged attackers, enemies with an area of effect strike (killing 3 soldiers for the cost of one) and enemies which deal massive damage while alive or explode on death. These enemies include:

A special group of creatures are the flying enemies. These avian foes cannot be targeted by your ground forces, save those who possess a ranged attack, as seen above.

On the main screen, passive upgrades can be purchased using stars acquired through completing stages as a currency. once purchased, these upgrades are constantly active and work on all Melee towers.

DIE HARD Have your soldiers regenerate a total of 50,000 life.