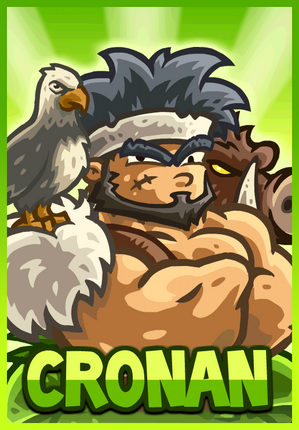 Cronan the Beastmaster is a Hero unit in Kingdom Rush: Frontiers. He is unlocked by beating Nazeru's Gates on all versions, and starts at level 4. At level 10, he has 550 health and 15-23 damage.

A son of the wild, a king of the jungle! He has fought on every terrain known to man, his whip has tamed beast and man alike, and with him comes the unstoppable wrath of nature!

A mountain of a man with the strength of a rhino and the courage of lion. Cronan bows to no man, his freedom and his strength are his alone. His reasons to fight as changing as the seasons. He will raise to any challenge and move through the battlefield like an unstoppable stampede, bringing with him the wrath of nature.

Summons 1/2/2 boars with that block enemies. Boar regenerates 10 HP per second when idle.
(they are affected by Courage upgrade.)

Regenerates 3/6/9 hit points every second, regardless in combat or not.

Cronan is a moderately durable melee fighter specialized in dealing with individually weak but numerous enemies. He deals a noticeable amount of damage and has decent health, although lacking in armor. His abilities center him around stalling multiple enemies at once (but weaker than Alric at the job), but he should not be depended on to deal a lot of damage, so he is best put near choke points where he can keep enemies stalled and towers help him do the killing. 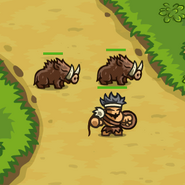 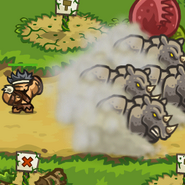 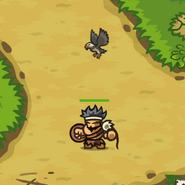 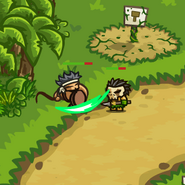 Stampede on flash version
Add a photo to this gallery

View All Heroes
Retrieved from "https://kingdomrushtd.fandom.com/wiki/Cronan?oldid=52966"
Community content is available under CC-BY-SA unless otherwise noted.