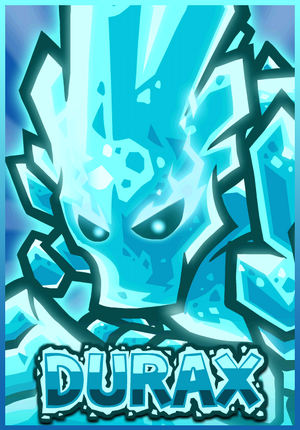 Durax the Elemental is a Hero in Kingdom Rush: Origins. He is unlocked by paying $4.99 as an in-app purchase and is unlocked on Shrine of Elynie on Steam. He starts at level 5.

As a crystal elemental that has seen his lands tarnished by the Ogres evil sorcery he vowed to destroy every single one of them. With powers that defy all expectations, a no-nonsense attitude and a penchant for retribution, you don’t want to be on the receiving end of Durax's onslaught.

Durax throws a crystal spear that that skewers a single enemy for 45/90/180 True Damage.

Summons sharp spikes over an area dealing 300/400/800/1200 True Damage. The skill can deal damage to either a single target or distributed among enemies.

(The damage description is incorrect on iOS.) 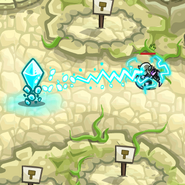 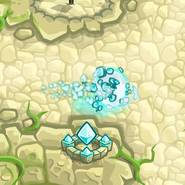 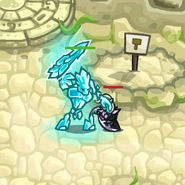 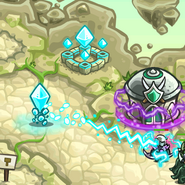 Alongside a Sorcerer Stone 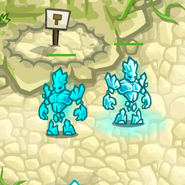 Durax Cubed
Add a photo to this gallery
View All Heroes
Retrieved from "https://kingdomrushtd.fandom.com/wiki/Durax?oldid=54409"
Community content is available under CC-BY-SA unless otherwise noted.