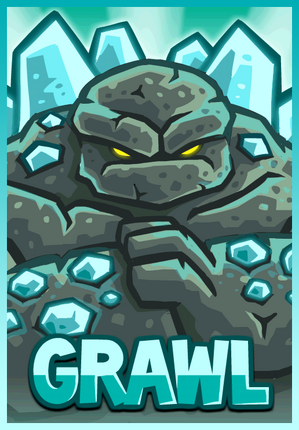 Grawl the Stone Giant is a hero in Kingdom Rush: Frontiers. He costs $2.99 on Flash and $2.99 on mobile versions. He is unlocked at stage 12 on the steam version.

Born from the heart of the mountain, he guards the ancient secrets of the deep, and in doing so, is an unwittingly protector of all surface dwelling people.

Fear the mountain, especially if it has two legs and can clobber you in its sleep.

Gradually gains up to 6/12/18 bonus damage while holding ground.

Grawl has a 5% health regeneration, healing at 30 health per second at level 10. 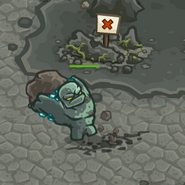 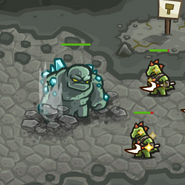 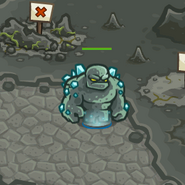 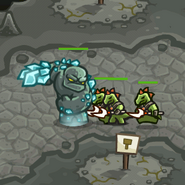 Add a photo to this gallery
View All Heroes
Retrieved from "https://kingdomrushtd.fandom.com/wiki/Grawl?oldid=53432"
Community content is available under CC-BY-SA unless otherwise noted.