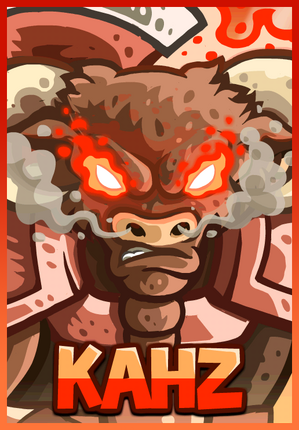 Kahz the Warlord is a hero in Kingdom Rush: Frontiers. He costs $2.99 on mobile and is not available on Flash. He starts at level 5. He is unlocked at Emberspike Depths on the Steam version.

Every attack has a 10%* chance of doing double/triple/quadruple True Damage.
*: Incorrectly described to be 20%.

Kahz teleports the enemy closest to the exit to him, stunning it for 2/4/6 seconds.

If all of Kahz's abilities are available to use, he uses them in this order:

Kahz has about 7% health regeneration, taking 14 seconds to fully heal. 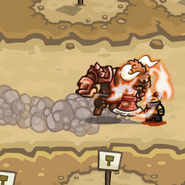 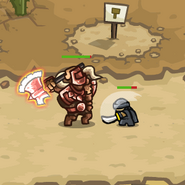 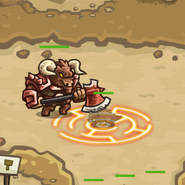 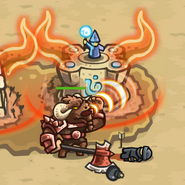 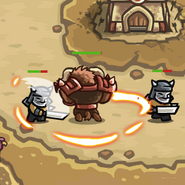 Kahz in action
Add a photo to this gallery

View All Heroes
Retrieved from "https://kingdomrushtd.fandom.com/wiki/Kahz?oldid=52203"
Community content is available under CC-BY-SA unless otherwise noted.