As there are wounds that never heal, there are stories that can never be forgotten. And so it began... the war that defined our destiny!

Kingdom Rush: Origins is the third game in the Kingdom Rush franchise developed by Ironhide Game Studio, announced on the 12th of August 2014 and released on 20th November 2014. It is the prequel to the original Kingdom Rush, available on Steam and Mobile, which costs $2.99 ($4.99 on tablets) and $14.99 on Steam.

Kingdom Rush: Origins follows the formula of a typical tower-defense game. Placing towers on the side of a path to destroy enemies that appear in predetermined waves, the objective is to defeat all the waves before they reach the end of the path, using the towers and certain abilities. Letting too many enemies through results in a Game Over.

Kingdom Rush expands on the usual set up by using a limited number of tower types, while introducing individual units that engage enemies on the path and including bosses. As levels progress new towers and further upgrades are unlocked. Heroes are used as unique units that can be directed around the level. Heroes can gain experience through levels, and will respawn if defeated.

Kingdom Rush: Origins is the prequel to the original Kingdom Rush, set thirty years before Vez'nan waged war with Linirea. The story is set on a southern continent, homeland of the elves. Narrated by King Denas, the story unfolds gradually through information given at the start of each new level as the player, the nameless General in the elven forces leads your troops first against a gnoll and Twilight elf incursion through the elven woods to rescue Princess Alleria Swiftwind and let her safely flee to Linirea; then continues through enchanted forests and up to the ruins of the elven First City itself to face against two villains: Malicia, Queen of the Twilight Elves; and Mactans, the ancient Spider Queen as they plot to seize the Tear of Elynie, the ancient power that gave birth to the elven race itself.

The game ends with the defeat of the villains, but they have already managed to corrupt the Tear of Elynie, which falls into the hands of the dark wizard Vez'nan - the first step in his fall from grace from a hero to an evil overlord and the main villain of Kingdom Rush.

Gameplay in Origins is no different to the previous games, allowing players of the previous game to fly straight into playing without needing to familiarize themselves with the set up. The game still includes the same tutorials and explains how things work clearly, so new players can learn quickly.

Starting a new game first offers the player a choice of difficulty: Casual, Normal and Veteran. The difficulty changes the Hit Points (or HP) of the enemies. The difficulty level can also be changed individually on each level. Each level is represented on a map of the Frontiers, which are briefed with a basic idea of what to expect before the player begins playing the level. There are three types of game modes. The default and main mode is Campaign, the story mode of the game. After a stage is beaten with a 3-star rating on Campaign mode, two more modes are unlocked: Heroic Challenge and Iron Challenge. These new modes offer different types of challenges, by changing the waves, enemies or towers available.

A completed level is awarded stars based on how successfully it has been played. The number of lives remaining determines how many stars are awarded, with three for almost none lost (18-20 lives remaining), two for an average play (17-6 remaining) and one for poor play (5-1 remaining). Failing to keep any lives will result in defeat. Both Heroic and Iron Challenges have only 1 life, and beating the modes award 1 star each.

Stars can then be used on Upgrades. Each upgrade requires between 1 and 4 stars and have a permanent effect on towers and spells. Upgrades can be bought and reset at any point during the game, allowing you to pick and choose the best upgrades for each level until you have enough Stars to buy all of them.

There is no Flash release of Kingdom Rush: Origins

Special Thanks to our families and friends. 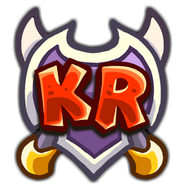 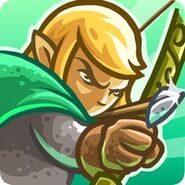