THE WORLD NEEDS LEGENDS! A hulking evil is coming and it must be stopped! The Kingdom and the rest of the known world are now under the control of the dreadful Dark Army. However, a new threat bigger than the Dark Lord himself unites the heroes of the realm pushing the notions of good and evil aside.

More movement options, more action! Fight on a hex-based grid moving around the combat area. Switch and match your heroes and companions until you find your ideal team for each battle! Find treasures, solve riddles, explore ruins, and so on. The world will react differently according to your decisions, so be careful!

SURROUND YOURSELF WITH LOYAL HEROES AND COMPANIONS

Personalize your party! Powerful heroes and companions are waiting for your command. A holy paladin, dark assassin, an evil demon. Pierce your enemies with your Ranger, curse them with your sorceress, or block killing blows with your Knight and even more! Plenty of options to best suit your strategy!

In an amazing RPG game with rogue-like elements!

The plot begins in the depths of the Linirean citadel. With Denas dethroned and the Dark Lord reigning supreme, heroes like Sir Gerald Lightseeker have been imprisoned to prevent any uprisings. His cell guards are called away from the dungeons for an emergency meeting. This opening allows Gerald to be freed by an unexpected ally: Asra Daggerfall, a shadow assassin of the Dark Army and a trusted servant of Vez’nan himself. After giving him his weapons and armour, she flees the scene, neglecting to explain her intentions, but giving Gerald an ample opportunity to escape. After fighting his way up to the streets, he joins forces with a Ranger and an Arcane Wizard. Together, the party powers through the city, fleeing through a breach in the wall and escaping to the woods. From there, they decide to find more allies to help them vanquish the evils threatening their fallen kingdom.

Their first adventure takes place in the forest. After fleeing from the dungeon, they found a few farmers running away from the grassland, where Krum'Thak Ragestorm, an orc warlock and former lieutenant of Veruk, is terrorizing the area. Our legends venture deep into the forest, fighting through orcish armies before finally entering Krum'Thak's arena to challenge him. There, the Unblinded Cult are revealed to be behind Krum'Thak's's rise to power, helping him in return for his future aid. After a fierce battle, Krum'Thak's is defeated, and our adventurers continue their journey.

Later on, they go to the mountains investigating reports of abnormal activities there. After fighting their way through the Ha'kraj trolls and the Unblinded cultists guarding the mountains, they have reach the Stormcloud Temple, only to see it in the process of being corrupted by the Unblinded. There, a corrupted troll, the Frost Harbinger, a former underling of Ulguk-Hai, is working with the Unblinded to turn the mountains into troll territory to fulfill their late leader's wishes. The adventurers attempt to put a stop to this plan, fighting the Harbinger, trolls, and their Unblinded allies. When defeated, the Harbinger instead uses Unblinded magic to sacrifice themselves to bring Ulguk-Hai back from the dead, this time in a different form, called Ulguk-Hai the Unblinded. After a tough battle, the undead Ulguk-Hai is killed once again. The remaining Stormcloud Sorcerers return afterwards to help in making a portal to guide the adventurers to the wasteland, where the Overseer, the core of the Unblinded menace, resides.

The wastelands pose many dangers to the adventurers, with unfriendly demons, skeletons, and now the Unblinded roaming the landscape looking to serve their own evil ends. In the heart of the Rift of Cinders, the adventurers find a portal from which the Overseer spreads its influence. Guarding it is the Seeress Iriza, leader of the Unblinded Cult, and one of the Overseer's most loyal servants. The adventurers and Iriza fight, with the Overseer providing assistance to Iriza through summoning its minions and further mutating Iriza to grant her more power. Yet despite the odds being stacked against them, the adventurers prevail, destroying the portal and escaping with the aid of the Stormcloud Sorcerers. The portal is closed, leaving Linirea safe for now, and the adventurers celebrate their victory.

The Overseer is not vanquished however, only temporarily delayed. In the last comic, Vez'nan rides on Beresad to the Elven lands in the far south where he meets Magnus Spellbane. Magnus insists there must be another way, but Vez'nan tells him they don't have a choice anymore. Magnus and Vez'nan face the Overseer, and Vez'nan tells Magnus to summon all the war generals immediately.

Your role is to control the mighty heroes of Kingdom Rush to slay the enemies of the realm. In addition to the newest thread: The Unblinded Cult, you’ll also face old enemies like the Warmonger Tribe, the Ha’Kraj Trolls, and the Demons.

There are 2 types of playable characters in the game: Legends and Companions.

Legends are powerful Heroes like Gerald and Asra, who were Heroes in previous games. They have the most abilities, the best stats, and act as the team leaders.

Companions are ordinary soldiers like Dark Knights and Rangers, each with their own unique skills and given a lot of personality by their voices and appearance.

At the start of an adventure, your party will consist of 3 heroes only: one Legend and two Companions. You can recruit a random, fourth hero during the adventure.

All characters are assigned one of four classes:

1. Agile: Characters with high mobility that can control the battlefield with ease.

2. Tanks: The slow, but durable backbone of your team with high defense and strong melee damage.

3. Mages: Fragile, yet powerful casters that use armor-piercing magic attacks.

4. Crafters: Oddballs with unique abilities that can deal area-of-effect damage, damaging or taking out multiple enemies at once.

During an adventure, your goal is to traverse the map, surviving battles and upgrading your gear until you reach the final node, where you’ll face off against a boss in an epic confrontation. The number of nodes in an adventure does not change, and neither do their positions on the map. However, no two games have the same combinations of battles or events. Every time you replay an adventure, it will be different.

Between nodes, there might be some other events scattered around. These could be encountering a new companion for you to recruit, or being ambushed by a horde of monsters. You won’t know until you see them. You won't get ambushed if there're only 3 members in your party.

Heroes have unique skills and traits that they can use in combat. However, Heroes in the same class share a similar passive trait, which activates if their turn is skipped. Skills are the core of Heroes’ attacks, though not all of them deal damage to enemies. Some provide advantages like buffs or extra mobility rather than pure offensive power. Some skills allow the heroes to move afterwards, which are called free-action skills. Other skills, which cannot be performed if the heroes have moved, are called full-action skills.

In combat, Heroes and enemies take turns to move around in the arena and fight their opponents. If a unit reaches 0 HP, it is considered defeated. If a hero was defeated during combat but you still managed to win, they’ll return with a crippling wound, leaving them with one less maximum health. If a hero lost some HP in a combat, they will carry on with their remaining HP. Their HP loss and injuries can be healed in some ways.

There are bonus effects that can either give the heroes advantages or drawbacks in battle. They can come from events and/or items.

Successfully winning a battle or passing a node will grant you “Experience Orbs”, which can be used to promote your Heroes. All Heroes start at Lv.1, and you’ll need to spend 1 orb to get to Lv. 2, and 2 orbs to reach Lv. 3. Promoting a hero will increase their stats, restore their health, and allow you to choose one of their skills in the corresponding tier to unlock. A Companion has 2 skills to choose from for each promotion, while a Legend has 3.

There is also a rank system to determine how proficient you are with a Hero. You can increase their Rank by taking them on adventures and traveling through nodes. As they rank up, you will unlock more skills to choose from during promotions, expanding your playstyle options. 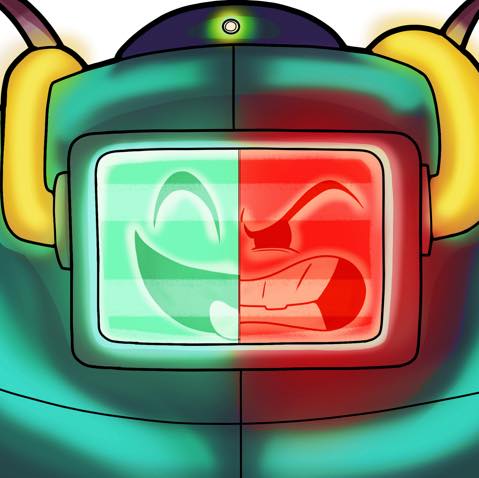 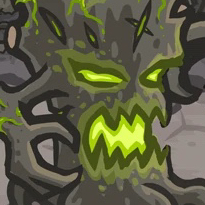 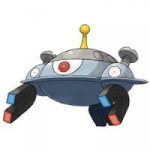 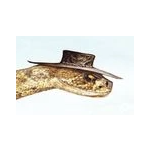