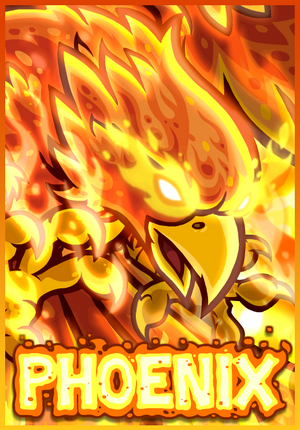 Phoenix the Eternal Bird is a hero in Kingdom Rush: Origins, unlocked by paying $6.99 ($4.99 during sales) as an in-app purchase. She starts at level 5.

Phoenix is a giant flaming bird that flies, similar to Faustus. Her attacks deal great Fire Damage to victims within an area, ignoring armor and magic resistance. Her basic attacks set enemies on fire for a second, but the effect it purely cosmetic.

Turns nearby fallen enemies into fire missiles that deal 15/25/35 True Damage each.

Infuses a tower with a burning blast that deals 60/120/180 True Damage over 6 seconds to all enemies in range.

Phoenix heals at about 5% of her maximum health per second, taking 20 seconds to fully heal.

Phoenix's range
Add a photo to this gallery 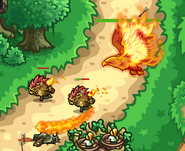 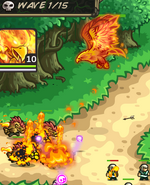 Your purification is at hand Missiles of the fallen 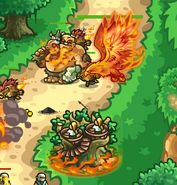 The Ring of Fire! 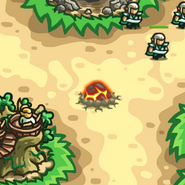 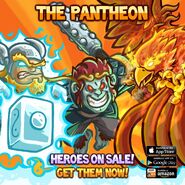 Phoenix is a god
Add a photo to this gallery
View All Heroes
Retrieved from "https://kingdomrushtd.fandom.com/wiki/Phoenix?oldid=52697"
Community content is available under CC-BY-SA unless otherwise noted.