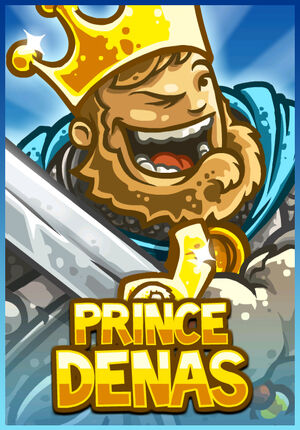 Prince Denas the Noble Knight is a Hero in Kingdom Rush: Origins. He is the younger version of King Denas from Kingdom Rush. He is unlocked by paying $2.99 as an in-app purchase on Mobile. He is unlocked at Grimmsburg on Steam. He starts at level 5.

He is famous, he is handsome, he is brave, he is the Prince of Linirea! Always willing to defend the weak, save princesses, feast and drink. Actually, mostly feast and drink! Something he does with extraordinary awesomeness.

Calls 2/3/4/5 members of the Kingsguard to aid him for 25 seconds in battling the hordes of evil.

The Kingsguard all have individual names, prefaced by the knighted title 'Sir', much like the Imperial Guards and Paladins from the first game. 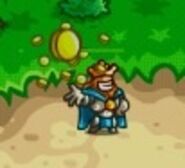 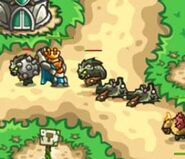 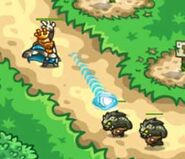 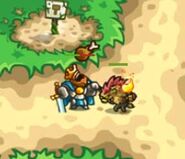 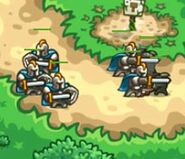 Celebrity
Add a photo to this gallery
View All Heroes
Retrieved from "https://kingdomrushtd.fandom.com/wiki/Prince_Denas?oldid=51866"
Community content is available under CC-BY-SA unless otherwise noted.