Instant kills are attacks that automatically set an enemy's health to 0, often in a flashy way. Instant kills are impossible to stack, because enemies can't have any health less than 0. However, it is possible for instant kills to target the same enemy, although the effect would be wasted as only one will actually hit. 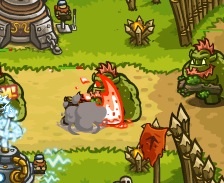 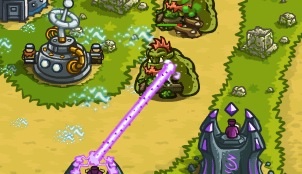 The Arcane Wizard's Death Ray on a Forest Troll 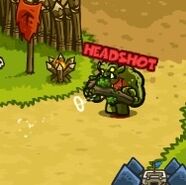 Another Forest Troll getting killed, this time by a Sniper Shot.

The DWAARP's Core Drill in action. 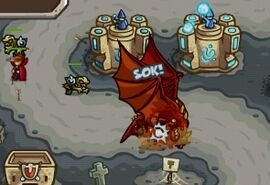 Ashbite feasts on a Ghoul. 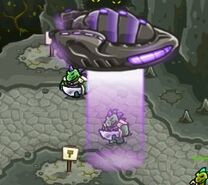 A Saurian Myrmidon gets abducted.
Add a photo to this gallery
Retrieved from "https://kingdomrushtd.fandom.com/wiki/Source:Instant_kill?oldid=50477"
Community content is available under CC-BY-SA unless otherwise noted.