Cave systems appear in several levels: Coldstep Mines, Icewind Pass, Glacial Heights, The Underpass, Waterfalls Trail, Valor's Rest and Silveroak Outpost. The cave system operates as an off-screen path for enemies to follow. They will leave the main path by entering one cave, vanish from the screen for a short period, before re-entering the screen at a point further along the path by exiting from a second cave.

Two large canopies appear in only one level in the original, Hushwood. Any enemies standing under the foliage cannot be targeted by towers. Once they leave the forest, they return to normal. Heroes or Reinforcements cannot be placed in the thicket. The stump of huge sequoia tree in Redwood Stand is hollowed out near the bottom, allowing enemies to pass through it in the same fashion as Hushwood's canopy. Any enemies standing inside the tree cannot be targeted by towers and cannot be stopped by Heroes or Reinforcements. Once they leave the tree, they return to normal. In addition, the branches of the tree are manned by two Awok soldiers, who throw javelins at enemies, dealing 1-10 physical damage each. Another canopy appears in Back To The Rotten Forest where enemies will enter from the top on the rocky trail and exit through the gap in the trees at the bottom, changing paths.

Ice trails appear in Glacial Heights and Ha'Kraj Plateau. They allow Troll Pathfinders to use their sleds, preventing the player's units from engaging in combat with them, and increasing speed.

Certain cliffs in four of the five underground levels: The Underpass, Beresad's Lair, The Dark Descent and Darklight Depths are covered in vines, which Saurian Broodguards, Saurian Nightscales and Saurian Darters can use as ladders to climb. Unlike most other paths, Heroes, soldiers and reinforcements cannot be placed on the cliffs (except Ashbite and Bonehart). Vines can be targeted by Rain of Fire on Flash but not in other versions.

The sea plays an important role in the three levels in the Rising Tides mini-campaign: Port Tortuga, Storm Atoll and The Sunken Citadel, which are set on the coast:

Thermal Fissures appear in Pit of Fire and Pandaemonium. Parts of the path are cracked, and at random times throughout the battle, the cracks will widen and be heated by underground magma. The fissures do not affect enemies, but any troops or heroes(except Ignus) walking or standing on it take 20 fire damage per one-third of a second.

Trails covered by magic dust of various colors appear in four of the five Faery Grove levels: Rockhenge, Grimmsburg, Neverwonder and The Unseelie Court. On these trails, enemies turn into yellow sparks of light of various sizes, and on certain waves red sparks in which case they move faster, and are invulnerable to everything until they leave.

Teleporters are the primary means of transportation in the levels set in the elven First City: The Ascent, Arcane Quarters, Mactans' Retreat and Shrine of Elynie. Enemies stepping on a teleporter are instantaneously transported to another one further along the path.

Certain platforms in the last two levels of Origins are connected by makeshift bridges made of durable spider silk presumably woven by Mactans herself. All Sword Spiders, Sons of Mactans, Spiderbroods, and Driders walking on webs receive a boost to their movement speed.

Rocky and shallow intersections between the path and rivers play a major role in the Rise of the Dragon Mini-Campaign levels: Ancient Gate, City of Rivers, and Dragon's Power. Mogwai and Nians rely on these spots to trigger their abilities. These rocky shallows are spread out in such a way to make it tricky to place towers to properly counter the aforementioned enemies. 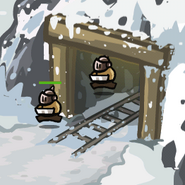 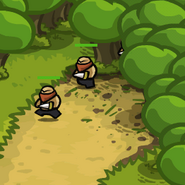 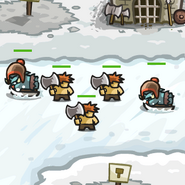 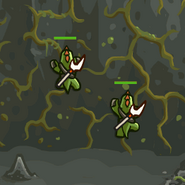 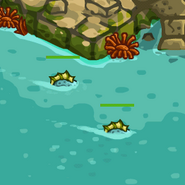 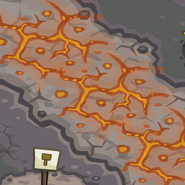 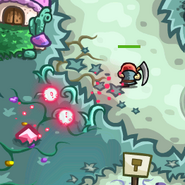 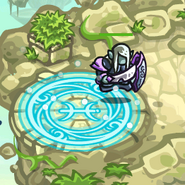 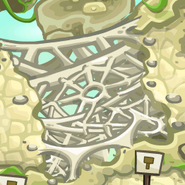