"I only need two things. Your submission and your obedience to my will!" 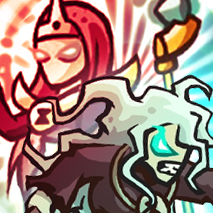 The Time Mage is the antagonist of Kingdom Rush: Rift in Time, a tabletop board game based on the Kingdom Rush game series. She has been created exclusively for this media and has not appeared in any of the games beforehand.

Little is known of the Time Mage. She appeared in the Kingdom of Linirea one day when time and space folded in upon themselves and an old mage emerged through a portal.

At some point during her campaign of conquest, her time portals reach so far into the past that her younger self is able to step through into the present. 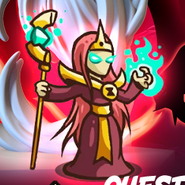 The younger mage from the past 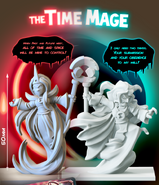 The Time Mage gameplay figurines
Add a photo to this gallery
Retrieved from "https://kingdomrushtd.fandom.com/wiki/Time_Mage?oldid=46390"
Community content is available under CC-BY-SA unless otherwise noted.